007.M42: The first recorded encounter with the hive fleet (splinter?) designated “Coppelius”. A Deathwatch patrol operating in the [REDACTED] system reports a lone hive ship leaving the edge of the Great Rift. The report notes in particular the shimmering, ever-shifting colors present on the hull, now a known peculiarity of Hive Fleet Coppelius. The patrol does not engage the superior force, continuing on to [REDACTED] to complete [REDACTED].

012.M42: Investigating after the initial report, a Deathwatch Kill-Team is dispatched to [REDACTED] Prime to determine the disposition of the planet and the location of the reported hive ship. Research outpost [REDACTED] on [REDACTED] Prime had gone dark in 011.M42, in a manner suggestive of a Tyranid attack. Upon arrival Kill-Team [REDACTED] found the planetary ecosystem intact but the research facility deserted, and partially destroyed.

Further investigation revealed the presence of [GROUP C] (referred to as “The Nightmare Shroud” by surviving Astra Militarum guards found within the facility). Kill-Team [REDACTED] attempted to extract remaining members of the research facility, succeeding (with casualties). [REDACTED] outpost was destroyed via a purposeful overload of its reactors initiated by team leader [REDACTED].

033.M42: The second confirmed sighting of the Nightmare Shroud after the events on [REDACTED] Prime. The [REDACTED] system in the Charadon sector is primarily used for the mining and manufacture of [REDACTED], and the third planet [REDACTED] contains the majority of the production facilities. It was confirmed by Ultramarines on-site that [GROUP C] had assaulted certain facilities on [REDACTED] in what seems to be a strategic manner, targeting select individuals and sites concerned with [REDACTED] in an apparent intelligence gathering mission. This encounter led to the confirmation of the existence of Gamma and “Jabberwocky” first noted in the encounter in 012.M42.

NOTE: The events noted in this log as well as in [REDACTED] suggest a course for Hive Fleet Coppelius that intersects with the Macragge system. While a single hive ship would pose no threat to Ultramarine forces, the events on [REDACTED] may indicate [REDACTED BY ORDER OF THE INQUISITION].

[GROUP C] aka “The Nightmare Shroud”: Consists of an unknown number of Tyranid bioforms (At least 10 confirmed), displaying characteristics consistent with those of Hive Fleet Coppelius (adaptive pigmentation of dermis and exoskeleton, hallucinogenic aura, extreme aggression toward psykers). Targets Alpha and Beta were first encountered at [REDACTED], with Gamma and “Jabberwocky” first logged at [REDACTED]. The [REDACTED] posited the existence of a [REDACTED] codename Omega, but this has not been directly confirmed. 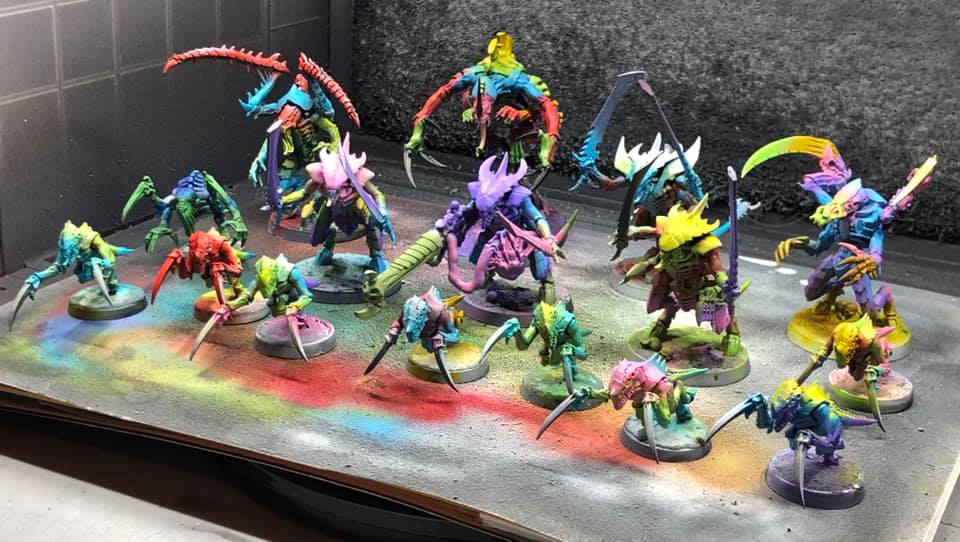