This gave me shivers of Orky Ekztazy! 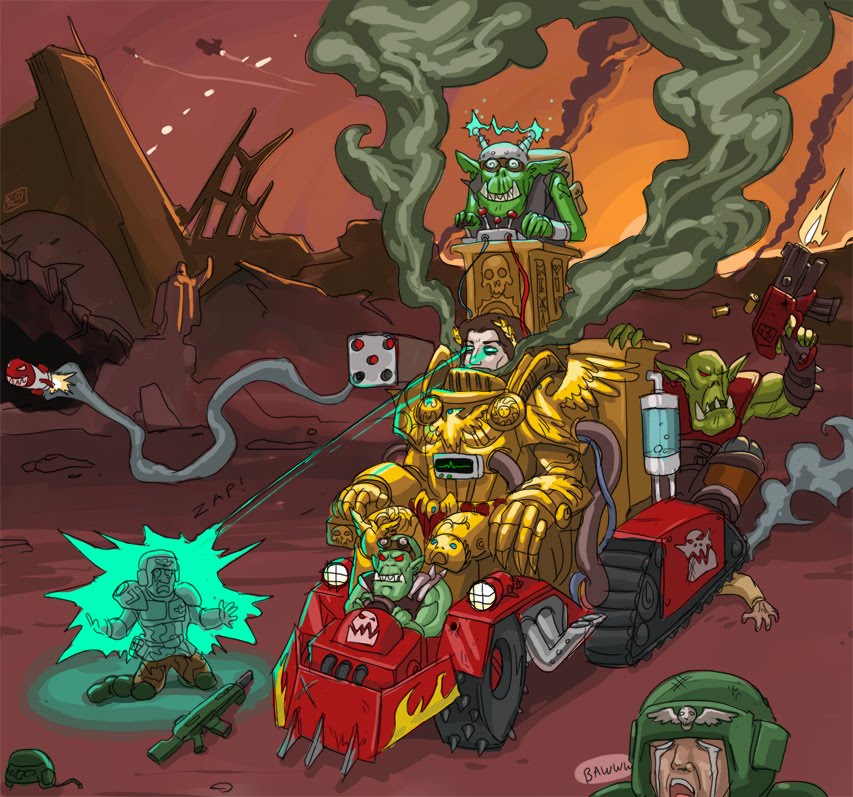 What aims do the Orks have? What is the point of a tornado?


I dig how in a setting where giant, muscled fungus men ride Mad Max cars and use their own teeth as currency, the concept of little engineering dudes with beards was considered a step too far down the aisle of silliness.

Id like to know why you havent done one already.

with the news the kinne posted up about mteal going away time will tell if there is a plastic throne for us to loot.
Lion El’ Johnson – This one is an oldie but a goodie. Turns out he was a poet from the Victorian era who wrote a poem called ‘The Dark Angel’. He also was rumored to have quite the secret for those times.


Commander_Jay wrote: On the plus side, some of the rules and attacks are hilarious. My Gyrocopter can tilt its rotors and cut through people like a homicidal kitchen blender.